I have always been a bit broody, a quality that in men is often considered mysterious and attractive. In a woman? Well, let’s just say the adjectives aren’t nearly as kind. It took a long time to understand why I was the way I was. I could be perfectly fine one minute and the next, I was angry and hated everything. I couldn’t actually explain to my parents what I was feeling or why.

At some point in high school, I came to the realization that I was depressed. I assumed it was the usual teenage melancholy. I didn’t have many friends and had low self-esteem. We didn’t talk much about mental health in those days, and when we did, there was a stigma attached to it. I kept my feelings to myself and did my best to act “normal” when around others. I hid this all from my family and the few friends I had.

My depression got worse in college. I struggled with my science classes because of my dyslexia. I could understand the concepts and theories, but would often have to reread entire pages and paragraphs three or four times. I couldn’t take notes in class because I would miss what was being said while I was writing. Memorizing chemical structures was nearly impossible. When multiple choice tests were put in front of me, I would freeze. I thought I knew the answers but somehow a list of choices just jumbled everything in my brain. I had always been an A student and I was struggling to just get passing grades. My coping mechanism of choice was alcohol. I drank just enough to take the edge off, but not so much that I couldn’t function or study.

More life struggles came. More battles with my illness were fought. In my attempt to learn about my now-ex’s bipolar disorder, I learned a lot about depression. I saw a lot of my own behaviors in the research I read. I had never taken medication and I had never been so depressed that I couldn’t function on a regular basis. Sure, I had days where I didn’t get out of bed, but those were rare. I had a successful career and had made some good friends as an adult. Even so, I continued to keep my depression to myself.

In 2015, I injured my lower back. I assumed it was just a muscle strain and gave myself a few weeks to recover. I continued to train for a marathon, a goal I had set for myself in 2013 when I started running again. I completed the marathon, but I spent the last six miles barely able to lift my legs off the ground without pain searing through my body. It wasn’t until a few weeks later when I got the results of my MRI that I saw the cause: two torn discs in my lower back.

The weeks, months, and years that followed were excruciating, both physically and mentally. My depression and anxiety got worse. I struggled to get out of bed and go about my day. I am fortunate to work from home, which has been a lifesaver for me. The pain was difficult to manage many days, which resulted in the house falling to pieces. The chores I normally did weekly didn’t get done at all. My wife did her best to help, but things got missed. I am also incredibly anal about certain tasks, which is also a byproduct of my anxiety and depression.

When so much else felt out of my control, the one thing I could control was how the house looked. I obsessed over the amount of clutter on the dining table, the water spots on the kitchen counter, the dust on the end tables. These were the things visible to anybody who came over. I never wanted anyone to think we didn’t clean. The office and guest room? Well, as long as nobody was going into them, they could be overlooked. It was the public areas that needed to give the impression that everything was fine, even when it was far from it.

In the middle of a cleaning spree one day, I looked around my office and had a realization. The state of the house directly represented my mental state and how I presented myself to others. To most who know me, I am a happy, funny, person. They see the kitchen and the living room, the “clean and together” me. Those closest to me, they see the sadness, the anxiety, the mood swings, the inability to leave the house because I’m either too exhausted or too on edge to be around strangers. They see the dusty, chaotic office, with the cluttered desk and crap spread all over the place.

I have finally started talking more about my depression to people. I’ve found so many who have a deeply personal experience with this illness that it gives me a lifeline on the days I need it most. Hindsight is 20/20 and I realized my ability to exercise and be active was my biggest ally…an ally I lost with my back injury. After a cascade of other injuries, I’m finally running again.

I know I will always have to manage my depression, but I have a better understanding now of what I need. It isn’t the same recipe for everyone and I know that it is something I will have to constantly evaluate. I’m learning to not let my to-do list overwhelm me. I’m also learning that I’m probably the only person who cares if there’s dust on my tv stand. I’m learning to be gentle with myself and give myself a pass when I feel overwhelmed. When I do get overwhelmed? I do something that brings me joy. I play with my dog. I go into the garden and look at my roses. I sit on the deck with my wife and remember I’m loved. 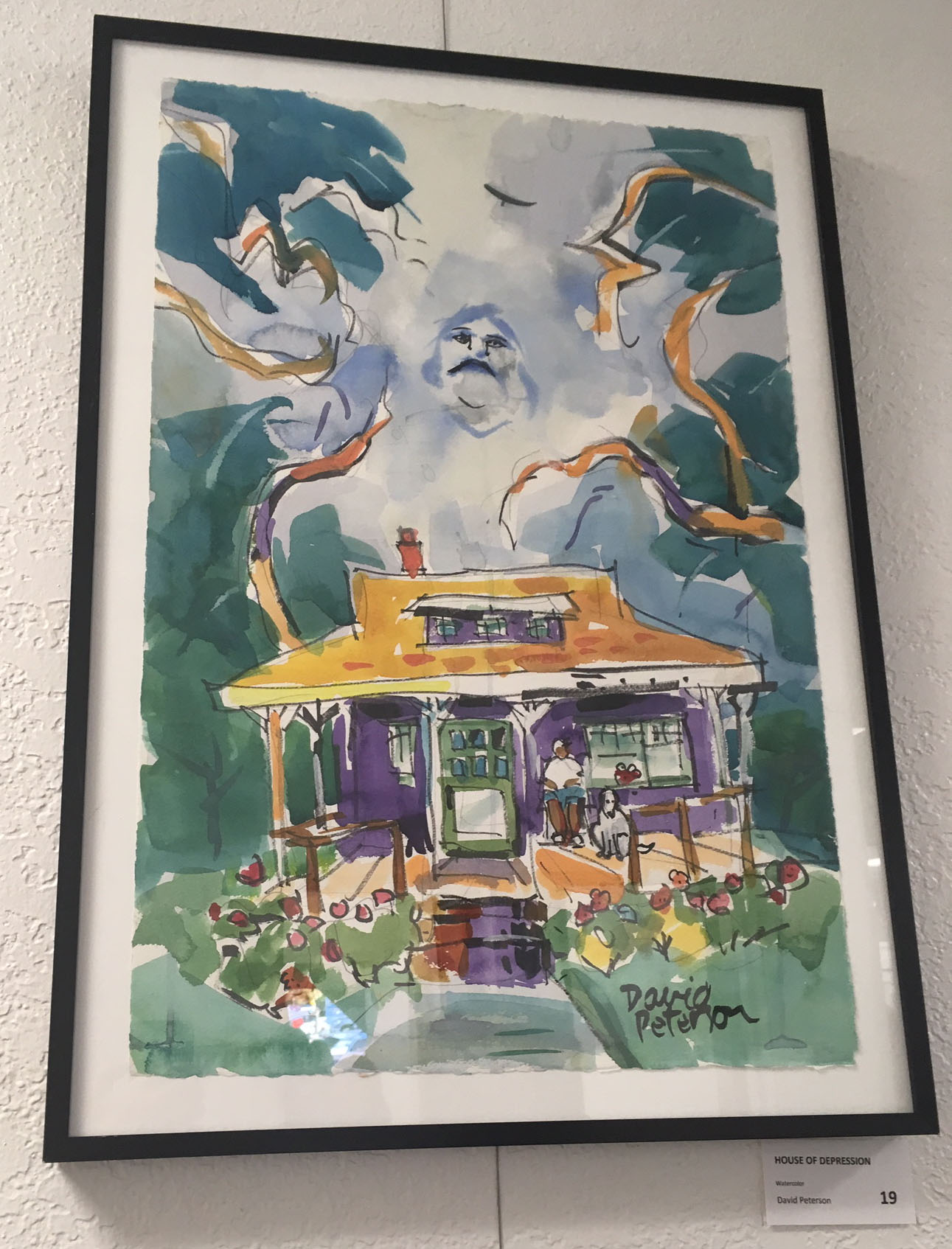 ← Finding Joy in a Shitstorm